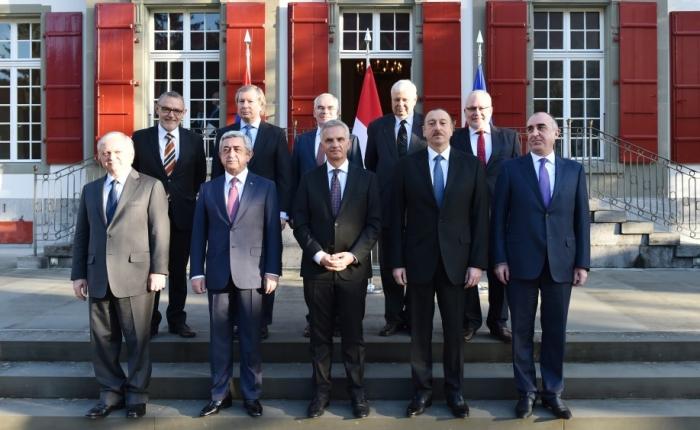 On December 21, State Department spokesman John Kirby made a statement about the Nagorno-Karabakh conflict negotiation process. Speaking of the meeting between the presidents of Armenia and Azerbaijan in Bern (December 21) last week, Kirby stated that the “summit offered the presidents an important opportunity to meet face to face for the first time in over a year and to clarify their positions.”

He said that the presidents recognized that the situation on the ground had deteriorated and expressed concern about civilian casualties. At the presidents’ request, the Minsk Group co-chairs will continue to work on proposals to reduce the risk of violence, Kirby said. The co-chairs are also prepared to support a meeting of the presidents next year to continue their discussions on a settlement. He added that “as a co-chair country, the United States remains firmly committed to mediating a peaceful resolution to the Nagorno-Karabakh conflict.”

Kirby said that the U.S. Minsk Group co-chair, Ambassador Warlick together with his Russian and French counterparts, continue to discuss measures with both sides on reducing the risk of violence. Speaking about the ways of reducing tensions, he underlined the importance of increasing people-to-people contacts, especially among the representatives of the Armenian and Azerbaijani communities of Nagorno-Karabakh region who had lived side by side for generations, and the United States “believe that for peace to come, they will need to trust each other once again.”

Kirby said that the United States want to see proposals put forward that all sides can implement to foster peace and better security.

Nagorno-Karabakh region of Azerbaijan and seven adjacent districts were occupied by Armenian armed forces in 1992-1994. In April-November 1993 the UN Security Council passed resolutions 822, 853, 874 and 884, condemning occupation of Azerbaijan’s territories by Armenian armed forces; demanding unconditional and immediate withdrawal of Armenian forces and creating conditions for return of internally displaced people to their homes. In March 2008, UN General Assembly adopted resolution 62/243, reiterating the position of the international community, stated in the UN SC resolutions. Based on these resolutions of the UN Security Council, dozens of other resolutions and documents were adopted by legislative bodies of other international organizations and countries, demanding withdrawal of Armenia’s occupying forces from Azerbaijan; among them are the PACE Resolution 1416, OIC resolutions 10/11 and 10/37.