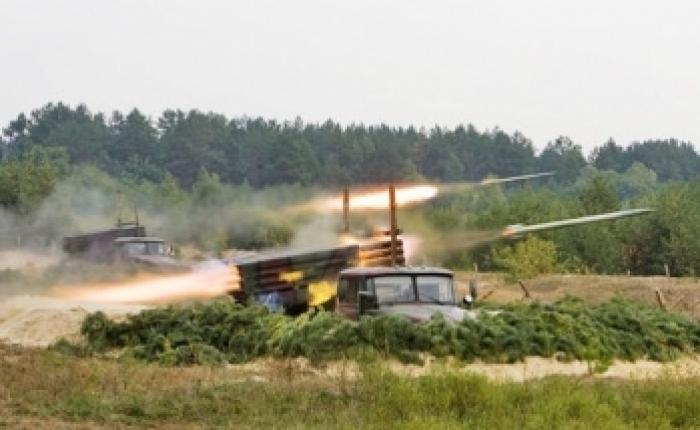 Baku, April 2. “On the night of April 1-2 and throughout the day, Azerbaijani positions and residential areas came under intensive fire from the Armenian positions. This led to the killing and wounding of civilians,” the Azerbaijani Defense Ministry said in a statement. “The command of the Armed Forces decided to take retaliatory measures in the direction of Aghdere-Terter-Aghdam and Khojavand-Fuzuli and ensure security of civilians.”

“Hills around the Talish village capable of posing threat to Goranboy district and Naftalan city as well as Seysulan settlement have been completely cleared from the enemy forces,” said the Ministry.

“In order to protect the town of Horadiz from the enemy, the Azerbaijani armed forces also took control of strategic Lele Tepe hill, which is located in the direction of Fuzuli district and overlooks a vast area.”

“Necessary measures have been taken to strengthen those hills and a new defense line, new trenches are being dug there, and the positions are being fortified,” said the Ministry.

“Six tanks, up to 15 artillery facilities and fortified engineering installations of the Armenian armed forces were destroyed. More than hundred Armenian servicemen were killed and wounded.”

“Twelve Azerbaijani soldiers were martyred fighting the enemy. While carrying out strikes on Armenian positions, a MIG-24 helicopter was downed by the enemy and a tank was destroyed in a landmine blast.”

The Defense Ministry extended condolences to the families and close ones of the soldiers martyred in the fight against the enemy. The Ministry also praised the combat skills, military experience and the fighting spirit of the military personnel participating in the fights. The Defense Ministry said: “In case of a repeated violation of the ceasefire regime by the Armenian side, heavier and more crushing blows will be inflicted on the enemy.”