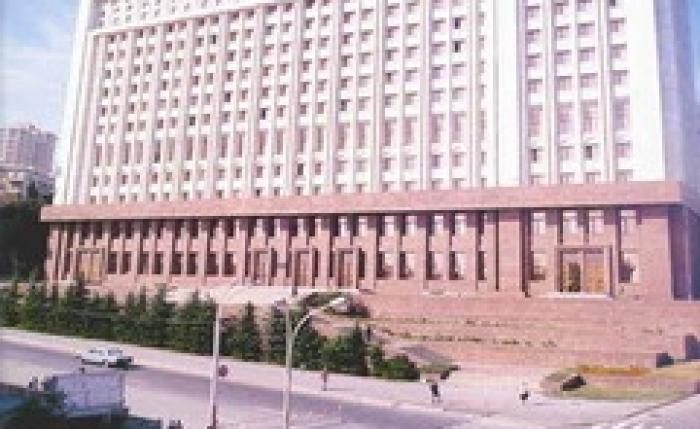 Azerbaijan’s attainment of independence made it possible to recreate an objective picture of our people’s historical past.

Long years of secrecy about which the truth could not be told are being revealed, and the true nature of facts that were falsified at the time is coming to light.

The genocide that has been repeatedly committed against the Azerbaijani people, which for a long time was not subjected to proper political and legal assessment, is one of these unopened pages of history.

Despite the fact that the Armenians established in the territory of the Erevan, Nakhichevan and Karabakh khanates were a minority in comparison with the Azerbaijanis living there, they were able, with the help of their protectors, to create an administrative and territorial unit known as the “Armenian region”. This artificial territorial division in essence created the preconditions for implementing the policy of expelling Azerbaijanis from their lands and annihilating them. The concept of “greater Armenia” began to be propagated. In order to “justify” the attempts to create this artificial state on Azerbaijani land, large-scale programs were conducted for the purpose of creating a false history of the Armenian people. The distortion of the history of Azerbaijan and of the Caucasus as a whole was an important part of these programs.

Inspired by dreams of creating “greater Armenia”, the Armenian usurpers, not even caring to conceal their intentions, carried out between 1905 and 1907 a series of large-scale bloody actions against Azerbaijanis. The atrocities committed by the Armenians began in Baku and then extended over the whole of Azerbaijan and Azerbaijani villages in the territory of present-day Armenia. Hundreds of settlements were destroyed and wiped from the face of the earth, and thousands of Azerbaijanis were barbarically killed. The organizers of these events, by preventing the truth of what had happened from being revealed and subjected to a proper political and legal assessment, and concealing their reckless territorial claims, created a negative image of Azerbaijanis.

Taking advantage of the situation following the end of the First World War and the February and October 1917 revolutions in Russia, the Armenians began to pursue the implementation of their plans under the banner of Bolshevism. Under the watchword of combating counter-revolutionary elements, in March 1918 the Baku commune began to implement a criminal plan aimed at eliminating Azerbaijanis from the whole of Baku province. The crimes perpetrated by Armenians in those days have imprinted themselves forever in the memory of the Azerbaijani people. Solely because of their ethnic affiliation, thousands of peaceful Azerbaijanis were slaughtered. The Armenians set fire to homes and burned people alive. They destroyed national architectural treasures, schools, hospitals, mosques and other facilities, and left the greater part of Baku in ruins.

The genocide of the Azerbaijanis was carried out with particular cruelty in Baku, Shemakha and Guba districts and in the Karabakh, Zangezur, Nakhichevan, Lenkoran and other regions of Azerbaijan. In these areas, the civilian population was exterminated en masse, villages were burned and national cultural monuments were destroyed and obliterated.

After the proclamation of the Azerbaijani Democratic Republic, the events of March 1918 were at the centre of attention. To investigate the tragedy, on 15 July 1918 the Council of Ministers adopted a decision to establish a special commission of inquiry. The commission investigated the March tragedy, studying first the atrocities committed by the Armenians in Shamakhi and the serious crimes committed by them in Erevan province. A special unit was set up in the Ministry of Foreign Affairs to inform the international community of the true course of events. In 1919 and 1920, the Azerbaijani Democratic Republic observed 31 March as a national day of mourning. This was in fact the first attempt to make a political assessment of the policy of genocide against Azerbaijanis and of the occupation of our lands for over a century. However, the demise of the Azerbaijani Democratic Republic meant that this work could not be completed.

Beginning in the 1950s, the Armenian nationalists, with the aid of their protectors, began a frenzied campaign of psychological warfare against the Azerbaijani people. In books, magazines and newspapers disseminated periodically in the former Soviet Union, they sought to prove that the most treasured masterpieces of our national culture and the classical legacy of our architecture belonged to the Armenian people. At the same time, they stepped up their efforts to spread a negative image of Azerbaijanis throughout the world. Creating the image of the “unfortunate, unhappy Armenian people”, they deliberately falsified the events that took place in the region at the beginning of the century: having perpetrated genocide against Azerbaijanis, they portrayed themselves as victims of genocide.

Our persecuted compatriots were driven en masse from the town of Erevan, most of the population of which at the beginning of the century comprised Azerbaijanis, and from other districts of the Armenian SSR. The Armenians grossly violated the rights of Azerbaijanis, made it difficult for them to be educated in their mother tongue, and pursued a policy of repression. The historical names of Azerbaijani villages were changed; old toponyms were replaced with modern names on a scale unprecedented in the history of toponymy.

The falsification of Armenian history, the purpose of which was to create a basis for raising Armenian youth in a spirit of chauvinism, became State policy. Our rising generation, brought up in the spirit of the great humanistic ideals of Azerbaijani literature and culture, was targeted for persecution by this extremist Armenian ideology.

The policy of slandering the spiritual values, national honour and dignity of the Azerbaijani people formed the ideological basis for political and military aggression. In the Soviet press, Armenians distorted historical facts, misleading public opinion.

The leaders of the Azerbaijani Republic did not conduct a proper and timely assessment of the anti-Azerbaijani propaganda waged by Armenians taking advantage of the opportunities afforded to them by the Soviet regime. In the mid-1980s, this propaganda began to intensify.

The Azerbaijani Republic also did not give the correct political assessment of the expulsion of hundreds of thousands of Azerbaijanis from their historical lands that took place in the initial phase of the so-called “Nagorny Karabakh conflict”, which began in 1988. The anti-constitutional decision of the Armenians to incorporate Nagorny Karabakh Autonomous Region of Azerbaijan into the Armenian SSR, thereby removing the Autonomous Region from Azerbaijani jurisdiction by means of the Special Administering Committee, established by Moscow, was met by our people with indignation, and Azerbaijanis were faced with the prospect of taking serious political action. In spite of the fact that the policy of seizing our lands was resolutely denounced at rallies, the Azerbaijani leaders remained passive. This resulted in the movement of troops into Baku in January 1990 in order to suppress the growing popular movement. Hundreds of Azerbaijanis were killed or wounded, mutilated and subjected to various forms of physical pressure.

In February 1992, the Armenians committed the unprecedented massacre of the population of the town of Khojaly. This bloody tragedy, which became known as the Khojaly genocide, involved the extermination of thousands of Azerbaijanis; the town was razed from the face of the earth.

As a result of the adventurist policy pursued by Armenian nationalist-separatists in Nagorny Karabakh, today more than one million of our citizens have been expelled from their homes by Armenian aggressors and forced to live in tents. During the Armenian occupation of 20 per cent of our territory, thousands of our fellow citizens have been killed or disabled.

All of Azerbaijan’s tragedies, which took place in the nineteenth and twentieth centuries, were accompanied by the seizure of land, and represented various stages of the Armenians’’ deliberate and systematic policy of genocide against Azerbaijanis. Only one of these events – the March 1918 massacre -resulted in an attempt to give a political assessment of what was taking place. The Azerbaijani Republic, heeding the behest of history, perceives the need to give a political assessment of such acts of genocide and to bring the decisions that the Azerbaijani Democratic Republic did not manage to implement fully to their logical conclusion.

In commemoration of all the tragic acts of genocide perpetrated against the Azerbaijani people, I hereby decide:

1. To proclaim 31 March as the Day of Genocide of the Azerbaijanis;

President of the Republic of Azerbaijan