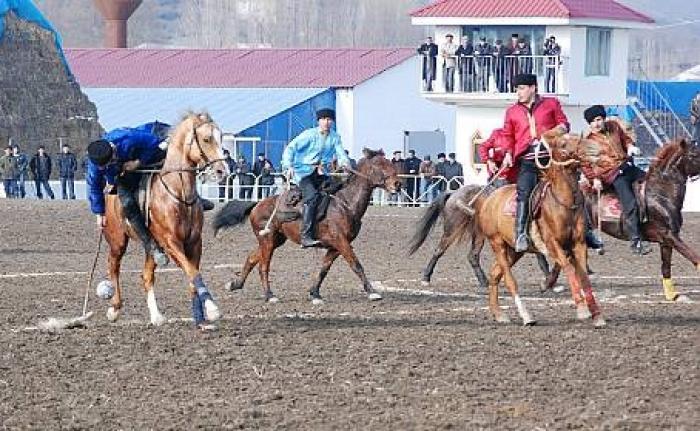 Chaired by Azerbaijani Minister of Culture and Tourism Abulfas Garayev, the session brings together more than 780 delegates from 116 countries.

The first part of the event heard reports of the member states on the implementation of the Convention for the Safeguarding of the Intangible Cultural Heritage.

The event participants thanked Azerbaijan for the excellent organization of the session.

The second part of the session heard the report on the organization`s activity in 2013.

Following the report, the Committee considered the inscription of ten new nominations for the List of Intangible Cultural Heritage in Need of Urgent Safeguarding, which helps States Parties mobilize international cooperation and assistance to ensure the transmission of this heritage with the participation of the concerned communities.

The event participants were also informed about Azerbaijan`s Chovqan game.

The UNESCO session then announced that the Chovqan has been included in the List of Intangible Cultural Heritage in Need of Urgent Safeguarding.

Minister of Culture and Tourism Abulfas Garayev thanked the secretariat of the Cultural Heritage Convention on behalf of the Azerbaijani government and people, noting it was a result of the good teamwork.

Chovqan is a traditional horse-riding game played on a flat, grassy field by two competing teams of players mounted on Karabakh horses. Each team has five riders, with two fullbacks and three forwards. The game starts at the centre of the field and players use wooden mallets to try to drive a small leather or wooden ball into their opponents’ goal. The game is interspersed with instrumental folk music called janghi. Chovqan players and trainers are all local male farmers and skilled riders. They traditionally wear large astrakhan hats, long tight-fitting coats with a high waist, and special trousers, socks and shoes. People of all ages come to watch this traditional game and to support their teams. Chovqan strengthens feelings of identity rooted in nomadic culture and linked to the perception of the horse as an integral part of everyday life. The specific rules, skills and techniques of Chovqan are transmitted from experienced players to beginners through collective training. The practice and transmission of Chovqan have weakened, however, due to a loss of interest among the youth, combined with urbanization and migration, leading to a shortage of players, trainers and Karabakh horses.