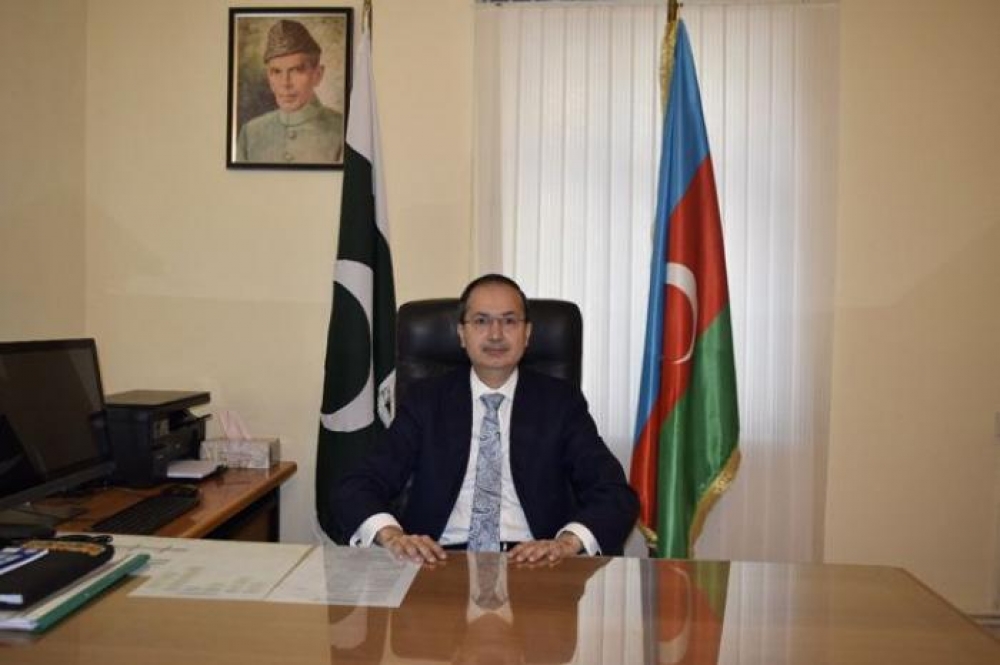 Pakistan has played a very important role in adoption of the UN Security Council resolutions in 1993...

“Pakistan openly stands by Azerbaijan in this legitimate struggle for liberation of its territories. We wish you all the best,” said Ambassador of Pakistan Bilal Hayee in an exclusive interview with AZERTAC.

On longstanding friendship and fraternal ties between the two countries, the Ambassador said Pakistan always sided with Azerbaijan since the very beginning of the conflict on Nagorno-Karabakh: “Pakistan has played a very important role in adoption of the UN Security Council resolutions in 1993. Pakistan was a non-permanent member of the Security Council at that time. We believe that the stand that Azerbaijan has taken on these issues are very fair, very legal, very legitimate that`s why we have always sided with Azerbaijan,” he said.

The Pakistani Ambassador also pointed out economic relations, saying that: “Pakistan has the aspiration for deepening of our relationship not only in terms of this particular conflict but also in diverse areas such as economy, people-to-people contact, trade or defence. We believe that the two countries can complement each other`s strength.”

Commenting on other areas of cooperation Ambassador Hayee noted: “Pakistan has a great many things to offer to Azerbaijan. Similarly, Azerbaijan has so many things to offer to Pakistan. Azerbaijan can come and invest in Pakistan`s energy sector. Pakistan is a huge country. Azerbaijan can come and fill that gap in this field and your companies can make a big profit. Similarly, Pakistan has to offer in the defence, pharmaceutical, agricultural and other areas. These areas will bring the two countries even closer.”