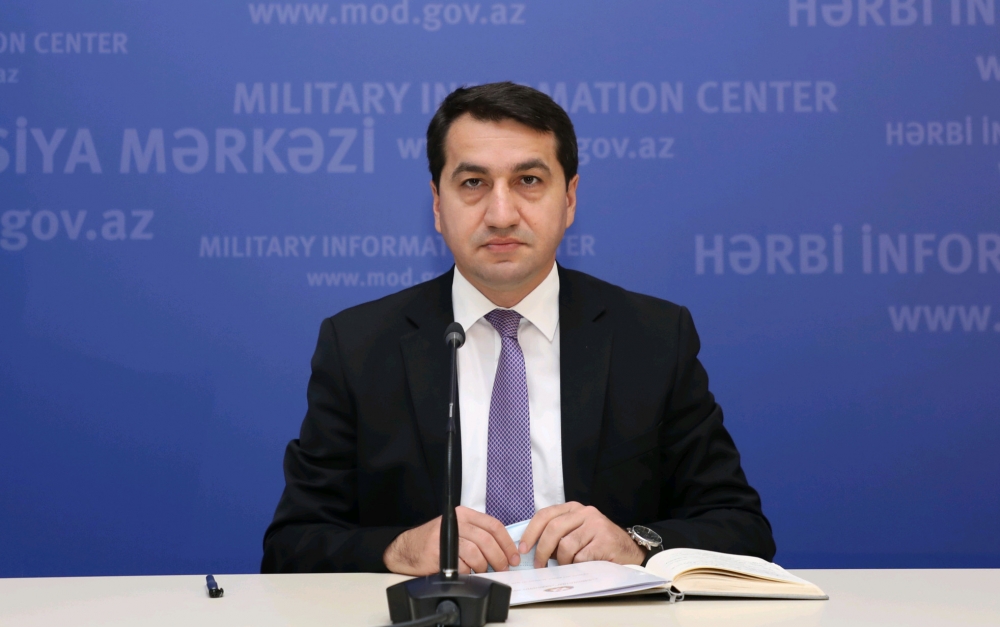 “Armenia is openly violating the norms and principles of international law and international humanitarian law by involving armed mercenaries in the battles,” said Assistant to the President of Azerbaijan, Head of Foreign Policy Affairs Department of the Presidential Administration Hikmat Hajiyev.

The Presidential Assistant mentioned that Armenian officials openly appeal to foreign nationals to take part in military operations against Azerbaijan as mercenaries under the guise of volunteers. “According to the “International Convention of UN against the Recruitment, Use, Financing and Training of Mercenaries” - “the member states shall not recruit, use, finance or train mercenaries, and shall prohibit such actions," Hajiyev said.

“The UN has a relevant working group on the use of mercenaries as a tool of violating human rights. Moreover, the Additional Protocol to the Council of Europe Warsaw 2005 Convention on the Prevention of Terrorism, adopted in 2015, also considers the application of crime responsibility by states against those travelling abroad for the purpose of terrorism,” the Presidential Assistant emphasized.

Hikmat Hajiyev underlined that prior to the launch of the last military operations, Armenia organized recruitment of armed mercenaries, terrorists to fight in the occupied Azerbaijani territories.

“During the last battles, this process was further accelerated. Both the preliminarily obtained information and the cases encountered on the Azerbaijani lands liberated from occupation proved that the recruited fighters and terrorists who arrived from abroad are openly fighting on the side of Armenia. We have a lot of photo and video evidences in this regard. There are sufficient foreign country citizens of Armenian origin among the mercenaries. They participate in the attacks against the civilian Azerbaijani population. The fact that these persons are of Armenian origin can in no way justify their fighting in the Azerbaijani territories and doesn’t exempt them from the foreign fighter status,” Hajiyev said.

“Those persons who are fighting in our occupied territories and participating in military operations automatically become legitimate targets of the Azerbaijani Army, while the armed mercenaries who survived the battle and returned to their country will turn into a source of major threat to their societies,” the President’s Assistant added.