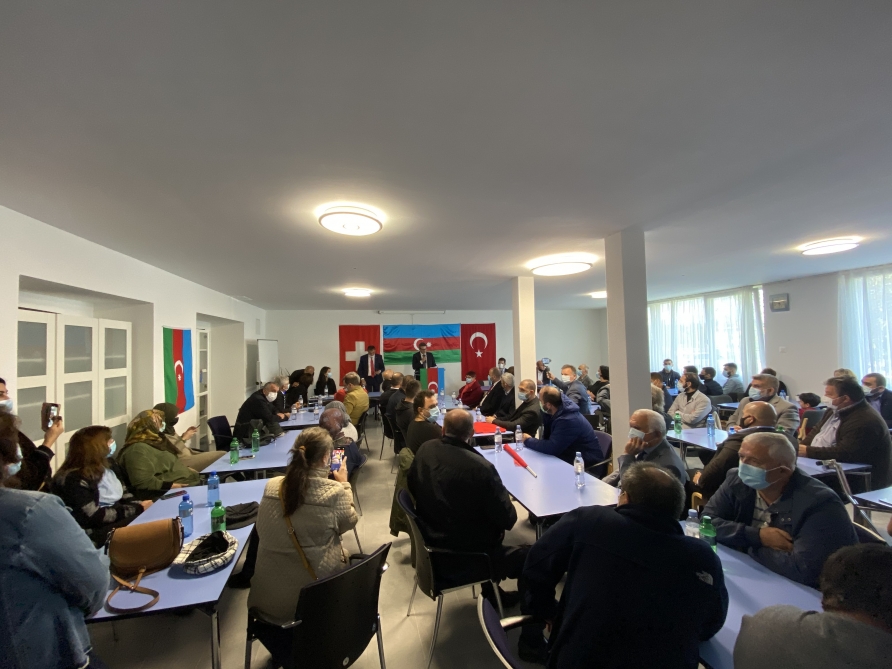 An event entitled "We are with you, Motherland" was held in Zurich, Switzerland. The event initiated by the "Friends of Azerbaijan" Union and supported by the Embassy of the Republic of Azerbaijan to the Swiss Confederation and the Principality of Liechtenstein was attended by members of the Coordination Council of Azerbaijanis in Sweden, representatives of the Azerbaijan and Turkey diasporas, Azerbaijani activists and students studying in Switzerland.

The event began with the national anthems of Azerbaijan and Turkey and the address of Azerbaijani Ambassador to the Swiss Confederation Mrs. Ibrahimova was delivered to our compatriots. Then, the participants discussed the military tension with Armenia on the Azerbaijani frontline and expressed support for the Azerbaijani army and people. Our compatriots expressed their readiness to fight voluntarily on the Karabakh front and asked for help in this issue. The speeches of members of the diaspora, who are from Karabakh, who witnessed the horrors committed by Armenians years ago, excited the participants.

At the end, the chairman of the "Friends of Azerbaijan" Union Arzu Aliyeva read a statement on behalf of the participants. The statement condemned the large-scale attack of Armenia on our country and demanded the immediate and unconditional liberation of Azerbaijani lands by the aggressor state. 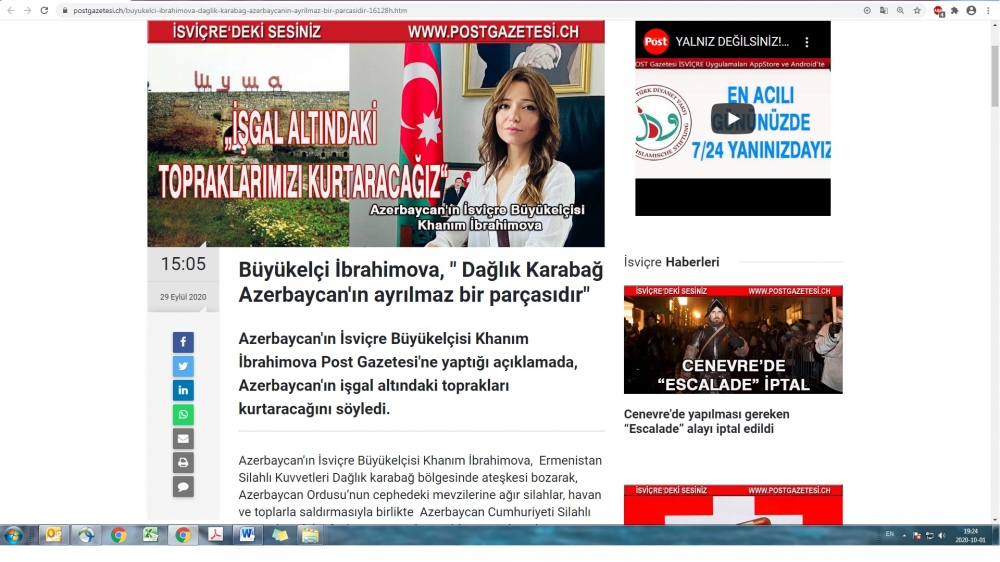