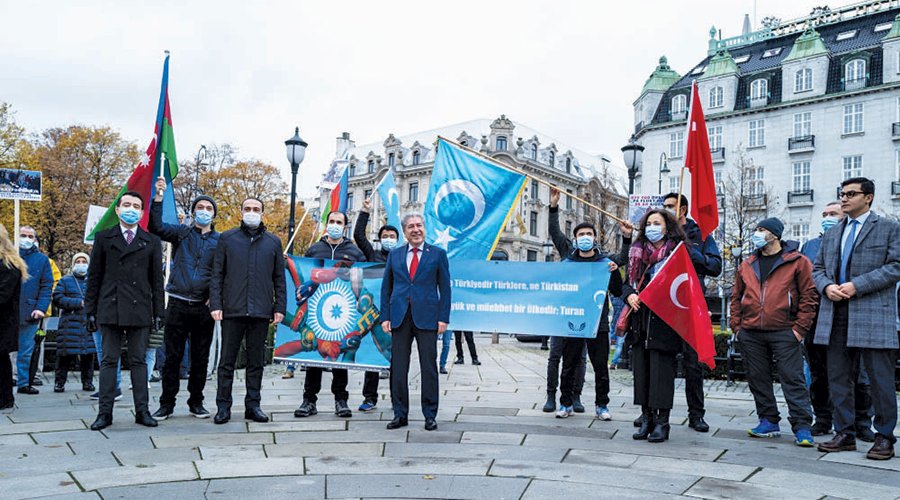 Azerbaijanis living in Oslo held a permitted rally in front of the Norwegian parliament - Stortinget, condemning the Armenian terror.

Along with Azerbaijanis, representatives of Turkey and Pakistan communities also participated in the action initiated by the Azerbaijan-Norwey organization “JAN”. The organizer of the action, head of “JAN” Shervin Najafpour, brought the realities of Karabakh to the attention of the local community, saying that the terrorist attacks in Ganja and Barda, as well as other settlements in Azerbaijan are a continuation of Armenia's aggressive policy.

The local community was informed that the occupying Armenian army fired on the city of Barda with cluster bombs against civilians, which was officially confirmed by international organizations such as Amnesty International and Human Rights Watch and Armenia has committed environmental terrorism using phosphorus weapons to burn Shusha forests.

Then the memory of the victims of terrorism was commemorated.

Calling on the world community not to be indifferent to the killing of innocent children, our compatriots displayed posters and placards with slogans such as "Karabakh is Azerbaijan!", "Stop Armenian terror!", "Stop child death!", "We say no to terrorism!", "Do not support the occupying state!", "Armenia, follow UN resolutions!" and waved the flags of Azerbaijan and friendly countries on the square.

The rally, which was also attended by Ambassador of Turkey to Norway Fazil Chorman, ended with the National Anthem of Azerbaijan. 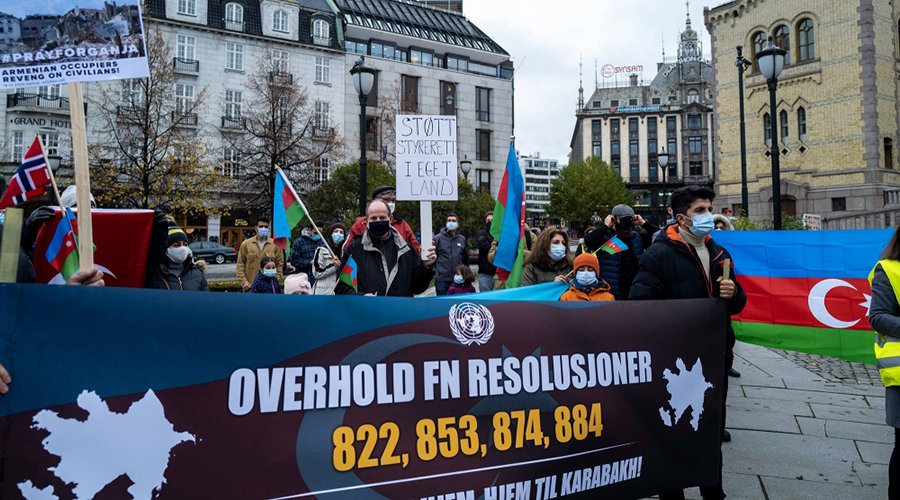